Thank you all for another great season. Unfortunately, Mother Nature has not cooperated the last few weeks so we are closing the course and driving range for the season. The Frostbite Tournament is also cancelled.

The pro shop will be open Monday-Saturday 10 AM-3 PM for the sale of gift certificates, memberships, and Southers Marsh apparel and accessories. If you prefer you may buy gift cards, multi-round passes, and memberships online. There is no charge for shipping and handling.  Purchase your 2020 golf membership by January 3 for the best pricing.

Every year we close the golf course for the winter. We do not want to ruin our course conditions for the spring by playing at a time when the grass cannot repair itself. Going into Winter 2020, the turf at Southers Marsh has never been in better condition.  With a reasonable winter, we should be in great shape when we reopen, usually in mid to late March depending on the weather and when the course dries out.

Again, thank you all for your support this past season!  We hope to see you back at the Southers Marsh sooner rather than later!

Thank you,
Big Will, Willie, and the rest of the Southers Marsh Team

The weather has not been particularly cooperative lately, but the golf course will remain open weather permitting until further notice (usually mid-December in a typical year).

Upcoming Schedule
Late Fall Greens Fees are in effect.
Carts must be returned by 4:30.  Greens will not be aerated.

The golf course will be closed on Thanksgiving Day.
Friday, November 29 (Black Friday) is typically a very busy day.  If you are interested in playing on that day, please make a tee time sooner rather than later because we do fill up if the weather is reasonable.

Winter Rates will go into effect on Saturday, November 30.

Thank you all for your continued support!

No Greens Aeration
September and October can be the best months of the year to play golf, so why screw it up with holes in the greens? Obviously punching the greens is a very important maintenance practice, but we like to wait until the busiest part of the season is over before we face that inconvenience.  We will not be aerating greens before November 4 at the earliest.

Twilight Rates Start at 2 PM
In other news, our Twilight Rate now starts at 2 PM and Super Twilight starts at 4 PM.  This correlates with the cart return time being earlier as well. Days are getting shorter – it feels like fall is in the air, so get your golf in now!

No Leaves!
Another bonus of playing fall golf at Southers Marsh is that we have very few deciduous trees, so you can spend more time playing golf and less time searching for your ball in a pile of leaves.

Tuesday, August 13 will be the first round of the 2019 Club Championship during normal league play.
The second round will be on Saturday, August 17 at 8 AM. 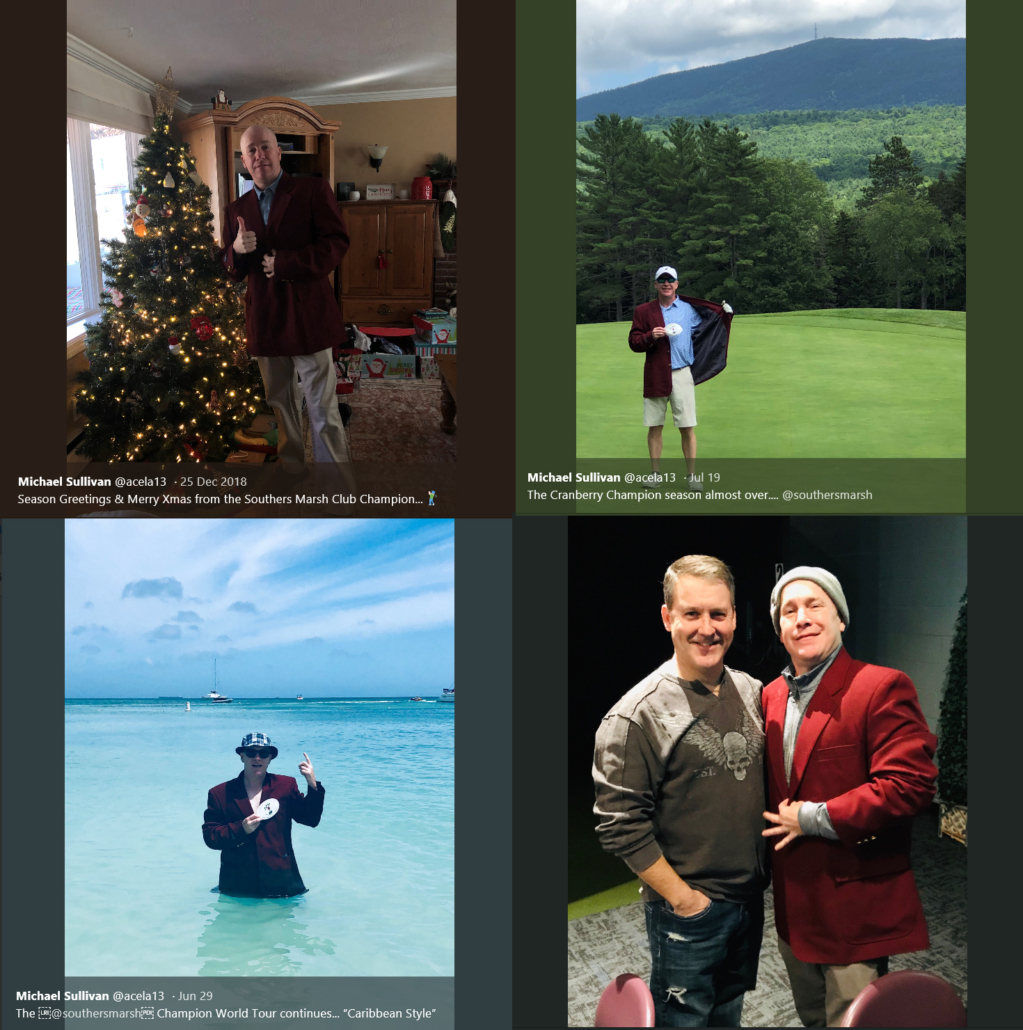 Green Fees: Green fees, cart, and lunch will be $50 total for the Saturday round.  Tuesday will be the normal league fees.  There will not be a separate Tuesday Club Championship birdie pool.

To be eligible, you must be a season pass holder, weekday pass holder, associate member, or have played at least 8 times in the Tuesday League this year.

Due to the holiday on Thursday, we will not be having the Women’s League or the Thursday League this week.  If you are a member of the those leagues, you may play at the regular league rate, but there won’t be any games, pools, or evening meals.  Please reserve a tee time if you would like to play on either of those days, even if you are a regular league member with a regular tee time.

Wednesday, July 3 – No Women’s League
Thursday, July 4 – No Thursday League, no Food Service available
Friday, July 5th – a busy day at the course, please do not come to play without making a tee time first.

Remember to look for our float in the Plymouth Fourth of July Parade!

Thank you for your continued support, and please have a safe and happy holiday!

Check out our newly redesigned online store and get Dad something he truly wants this Father’s Day.  We have a selection of multi-round passes at discounted rates from the already huge savings you can usually take advantage of.  Here are some examples – 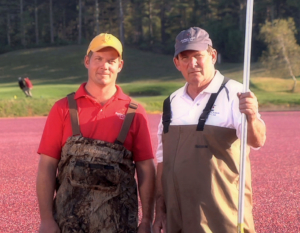 It always slows down a little in the afternoon on holiday weekends,
so we’re offering these specials
(you must book through these links) 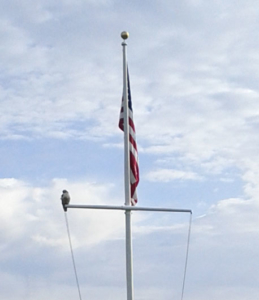 We’re not sure who is behind this conspiracy, but another Sunday and another rainout.  This is getting ridiculous.  We apologize to all the ladies who wanted to take advantage of free golf.  We will try again next year.

The golf course and range are closed for the day.

Once again, as is our tradition, all ladies will golf for free on Mother’s Day.  No catch – no need to pay for a cart, bring a paying guest, etc, etc.

What better gift for Mom than spending 3.5 hours of quality time with her?

Please make a tee time to take advantage of this offer!
No rain checks or postponing, this is a one shot deal on May 12, 2019.

Tweets by @SouthersMarsh
Scroll to top