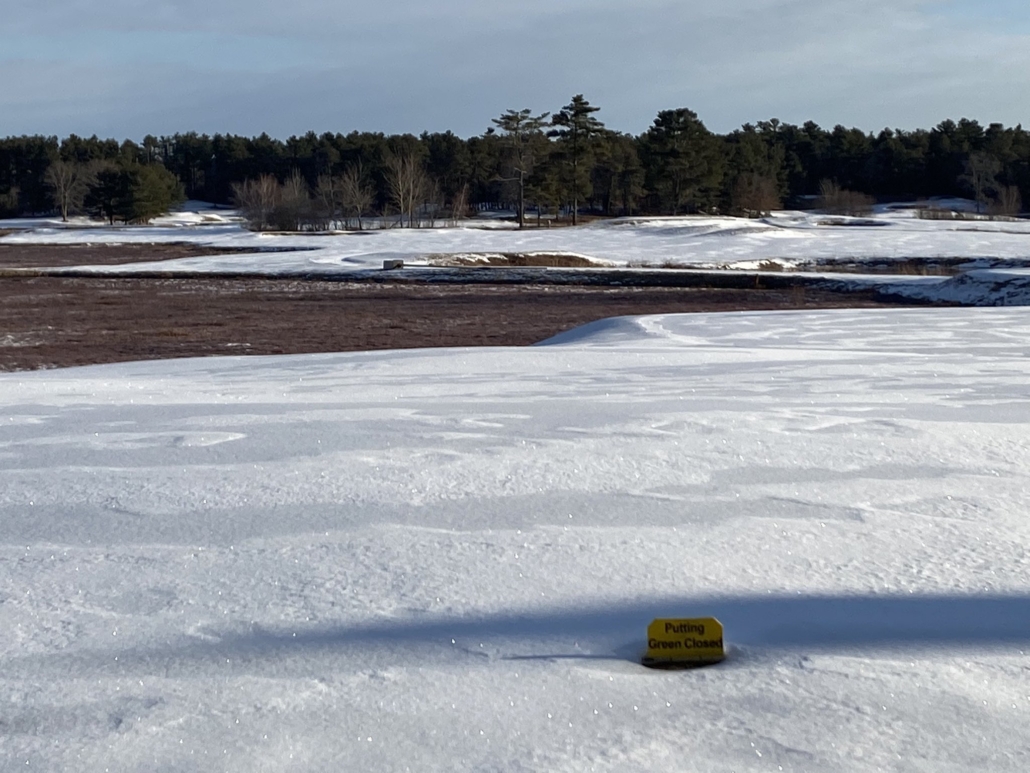 The question on everyone’s mind is “when do you think you’ll open the golf course?”

We can’t say for sure obviously because the weather will be unpredictable, but at this point we need melting, thawing, and drying.  Then it takes a some time for us to get everything lined up so the course is cleaned up and playable.

After 20 years, there have been some early March openings, a few more mid-March, and the last weekend of March is the most likely.  Since 2014, there have been 4 times we weren’t able to open until April, including 2015 when April 11 was opening day.  (We had to shovel the snow off the 9th and 13th green, which was pretty aggressive.)

If I had to guess, I’d say last weekend of March this year.  As always please check our Twitter, Instagram, or Facebook for the most up to the minute information, or this website of course.

Thank you everyone!  We hope to see you at the course sooner rather than later!